Section 29A fixed the time-period for passing the arbitral award at twelve months from the date of reference to the arbitral tribunal (i.e. when notice of appointment is received by the arbitrator). To seek an extension of the statutory timeline for completion of arbitration proceedings, both the parties (jointly) or either of the parties individually can apply to the concerned court within a reasonable period from either before or after the expiry of 12 months.

Section 29B allowed the parties to the arbitration proceedings to agree on a fast track procedure to dispose of the proceedings within 6 months.

On a bare reading of the above-discussed amendments, it makes it abundantly clear the reason for the inclusion of the above two sections was to fast track the arbitration proceedings which was the basis as to why arbitration was introduced as one of the Alternate Dispute Resolution Mechanism (ADR) i.e. to provide speedy disposal in a cost-effective manner.

Today the world stands crippled by the Covid-19 Pandemic with as of date almost 8 million people being affected by it. The legal system initially came to a total halt owing to the stringent lockdown measures imposed by the government to slow down the growth of this deadly virus. Now courts in India have gradually made an honest attempt to shift to online mode and video conferencing so that extremely urgent matters can be heard so that no citizen is left remediless during this once in a century crisis.

Now with the multifold increase of the deadly virus with every passing day, it has become crystal clear that Covid-19 is here to stay, at least for a while. In such a scenario, arbitration like any other dispute resolution mechanism for rendering justice has been badly impacted by it and to some extent come to a complete halt.

The moot question that now arises because of the above amendments introduced by the 2015 Amendment Act i.e. Section 29A and Section 29B in the Arbitration and Conciliation Act, 1996 is the adverse impact that the Covid-19 Pandemic will have on the time limits as fixed by the legislature for passing an award.

Though Hon’ble Supreme Court taking cognizance of the difficulties faced by litigants throughout the country in Suo Moto Writ Petition (Civil) No(s). 3/20203 titled as Re: Cognizance of Extension of Limitation vide its order dated March 23, 2020[i], extended the period of limitation in all proceedings, irrespective of the limitation prescribed to ease hardships on all litigants and advocates given COVID-19 Pandemic.

Subsequently, on May 06, 2020, the Hon’ble Supreme Court in Suo Moto Writ Petition (Civil) No(s). 3/2020[ii] titled as Re: Cognizance of Extension of Limitation extended all limitation periods prescribed under the Arbitration and Conciliation Act, 1996, and Section 138 of the Negotiable Instruments Act, 1881.

That the Hon’ble Delhi High Court in the matter titled as Rategain travel v. Ujjwal Suri vide order dated 11.05.2020[iii]  later clarified that by as per the order passed by the Supreme Court on May 6, 2020, in cases where the time limit for the passing of an arbitral award expired during the COVID-19 lockdown, no separate petition under Section 29A of the Arbitration & Conciliation Act, 1996, is required to be filed. The court observed as below:

The above-mentioned order passed by Hon’ble Delhi High Court makes it amply clear that no separate petition needs to be filed for an extension of the time limit under Section 29A of the Arbitration and Conciliation Act, however, the moot question that still arises is that when its abundantly clear that this Pandemic is still going to a part of our lives for a while in such a scenario the purpose of introduction of Arbitration as an Alternative Dispute Mechanism coupled with Section 29A stands defeated if the Arbitration proceedings come to a total standstill.

Though the Supreme Court has extended the limitation to ease hardships on litigants, however, that does not provide a solution to the actual problem considering that the already overburdened legal system is set to be even stretched further with the backlog of cases increasing further due to the lockdown. To make things even worse fresh litigation is set to substantially increase with COVID-19 being termed as Force Majure Event.

That takes us to the need of the hour as to how can Alternate Dispute Resolution Mechanism and more particularly arbitration step up during the COVID-19 Pandemic to ease the burden on our already overburdened courts as well as promote the basic objective of its inclusion i.e. speedy disposal in a cost-effective manner.

It is to be noted that the Arbitration and Conciliation Act provides the liberty to the Arbitral Tribunal to direct the parties to the arbitration proceedings to file pleadings through electronic mail and conduct proceedings through the means of video conferences aiding social distancing with minimal loss of productivity.

The Hon’ble Supreme Court of India, High Courts, and the District Courts throughout the country are conducting hearing using Video Conferencing effectively during this pandemic to render justice. Since the virtual conduct of proceedings is already an established norm in international commercial arbitration, domestic arbitration proceedings can inculcate and start adopting the international practice domestically to set the ball rolling.

Definitely, in the beginning, some stakeholders shall oppose the change but in the longer run, Advocates, as well as litigants, need to understand that Arbitration was introduced as an Alternate Dispute Resolution mechanism for dispensing justice and this pandemic has completely stalled that mechanism for rendering justice. The need of the hour requires both lawyers and litigants to adapt to the new technology and work together to understand the basic idea of having Arbitration in the first place as an alternate dispute resolution mechanism. 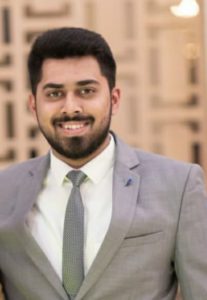 Chambers of Jain and Kumar
Chambers of Jain and Kumar is a full-service law firm located in the heart of national capital. Our primary aim is to provide suitable legal solutions for matters that concern individuals and business establishments. Our aim is to implement customised legal solutions with complete personal attention and provide the finest end-to-end services to meet our clients’ needs. We value the trust our clients place in us and work hard to provide solid and effective representation to meet their diverse legal needs. Our aim is to ensure effective and efficient redressal for our clients in the most prudent and cost-effective way.
- Advertisement -

What is the Real Estate (Regulation and Development) Act, 2016?