The Hon’ble Supreme Court upheld the order of the National Green tribunal in banning the use of firecrackers during Covid-19 in areas with poor air quality. According to the Court, it was the need of the hour.

Thereafter, appeals were filed before the Hon’ble Supreme Court against the ban imposed by the National Green Tribunal.

The bench constituted by Justices A.M. Khanwilkar and Sanjiv Khanna rejected the contentions and observed that the order of the National Green Tribunal was not a blanket ban and that it was reasonable. In response to advocate J. Sai Deepak’s contention that firecracker was not listed by IIT Kanpur’s report, the Court replied, “Do we need IIT o to understand the impact of firecrackers on your lungs? This is common knowledge.” 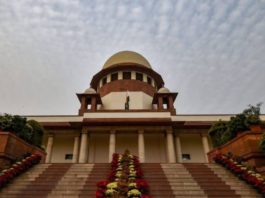 SC Dismisses Victim’s Plea to Marry Her Assaulter; Says Will Not... SC Issues Notice Against the Use of Section 66A; Says the...