According to section 2(a) of The Indian Contract Act 1872 “When one person signifies to another his willingness to do or to abstain from doing anything, with a view to obtaining the assent of that other to such act or abstinence, he is said to make a proposal”.

Section 2(b) says, “When the person to whom the proposal is made signifies his assent thereto, the proposal is said to be accepted. A proposal, when accepted, becomes a promise”.

When the proposal is accepted it becomes a promise.

For making any contract minimum of two persons are required and both the parties must be competent to contract as per sections 11 and 12 of The Indian Contract Act 1872.

When the parties are entering into a contract there must be free consent between them. Free consent is mandatory and essential for every contract. When two or more persons are said to consent when they agree upon the same thing in the same sense (section 13 of The Indian Contract Act 1872). And according to section 14 of The Indian Contract Act 1872  “consent is said to be free when it is not caused by-

Consent is said to be so caused when it would not have been given but for the existence of such coercion, undue influence, fraud, misrepresentation or mistake”.

What is a contract?

What is an agreement?

According to section 2(e) of The Indian Contract Act 1872 “Every promise and every set of promises, forming the consideration for each other, is an agreement”. We can understand this definition by an example,  A promises to deliver his book to B, and in return, B promises to pay 1,000 to A. There is said to be an agreement between A and B.

“All contracts are agreement”

Section 10 of this act says, “All agreements are contracts if they are made by the free consent of parties competent to contract, for a lawful consideration and with a lawful object, and are not hereby expressly declared to be void”.

The essentials of a valid contract:

“All agreements are not contracts”

An agreement is a set of promises. Section 2(e) of The Indian Contract Act 1872  says, “Every promise and every set of promises, forming the consideration for each other, is an agreement”. In an agreement, there is a promise between both parties. For example, A promises to deliver his book to B, and in return of B promises to pay Rs. 1,000 to A. there is said to be an agreement between A and B. After acceptance of the offer/proposal it becomes a promise, promise is the result of offer acceptance.

Thus, when there is a proposal/offer from the proposer and the acceptance of that proposal by the propose it results in a promise. Promise and reciprocal promise from promisor and promisee form an agreement.

Hence, we can conclude only commercial agreements where parties are intending to shoulder responsibility upon each other and when they are entering into an agreement keeping in mind that in case of breach of agreement terms by one of the parties, the aggrieved party may go to court against the party who breaches the terms and compel him by the process of law to pay compensation as decided. 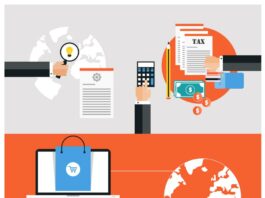 Dire Need of a Tool to Slam the Door of Tax... 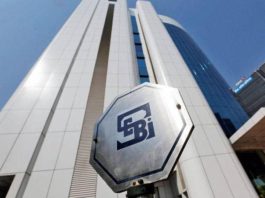