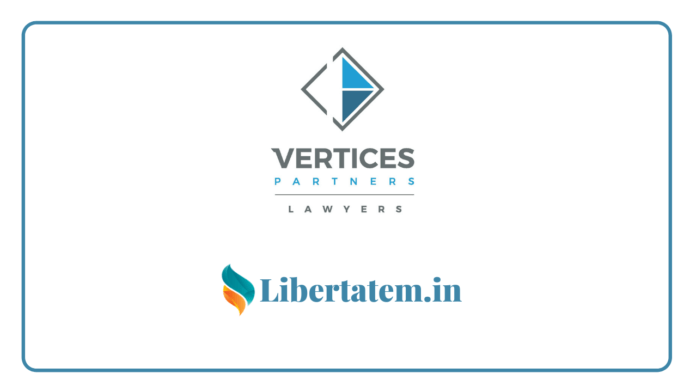 Recently, the Honorable Supreme Court of India, in the case of Phoenix Arc Private Limited versus Ketulbhai Ramubhai Patel, had to decide whether a pledge agreement constitutes a guarantee under section 126 of the Indian Contract Act, 1872, (“Act”). This question came up for consideration in an appeal filed under Section 62 of the Insolvency and Bankruptcy Code, 2016 (“IBC”) challenging the judgment dated April 9, 2019, passed by the National Company Law Appellate Tribunal, New Delhi (NCLAT), in an appeal filed by Phoenix Arc Private Limited (“Appellant”) against the Ketulbhai Ramubhai Patel (“Respondent”).

Facts of the case:

L and T Infrastructure Finance Company Limited (“Lender”) advanced financial facility to Doshion Limited (“Borrower”), vide Facility Agreement dated May 12, 2011 executed by and between Lender and the Borrower, to the tune of INR 40 Crores, repayable in 72 structured monthly instalments. Further,  Doshian Veolia Water Solutions (“Corporate Debtor”) passed a resolution dated July 26, 2011 to give Non- Disposal Undertaking in favour of the Lender, whereby the Corporate Debtor was authorised to provide an undertaking to the effect that 100% of the Corporate Debtors shareholding in / Gondwana Engineers Limited (“GEL”) would not be disposed off so long as any  amounts were due and payable and outstanding under the financial assistance proposed to be provided by the Lender to the Borrower. On January 10, 2012, a Pledge Agreement (“Pledge”) and Deed of Undertaking (“DOU”) were executed by and between the Corporate Debtor and the Lender whereby, 40,160 shares of GEL were pledged as security with the Lender.

Further, by an Agreement dated December 30, 2013, the Lender assigned all rights, title and interest in the financial facility including any security, interest therein, in favour of the Appellant under Section 5 of the Securitisation and Reconstruction of Financial Assets and Enforcement of Security Interest Act, 2002.

The Borrower failed to repay the loan as per the terms of the Agreement dated May 12, 2011 and the Appellant issued a notice dated February 19, 2014 and recalled the financial facility. The Appellant further filed an Original Application No. 325 of 2016 before the Debts Recovery Tribunal, Ahmedabad (“DRT”) which was pending. Further, on August 31, 2018, Bank of Baroda (“BOB”) filed a Company Petition (“CP”) to initiate Corporate Insolvency Resolution Process (“CIRP”) under section 7 of the IBC in respect of the Corporate Debtor and the same was admitted vide order dated August 31, 2018. Consequentially, the Respondent was appointed as the Interim Resolution Professional (“IRP”) who was later confirmed as the Resolution Professional (“RP”).

The Appellant, thereafter, filed a Miscellaneous Application (“MA”) before the NCLT in the CP, seeking a direction to the Respondent to admit the claim of the Appellant as a financial debt with all consequential benefits including voting rights in the Committee of Creditors (“COC”) of the Corporate Debtor. After hearing the parties, the NCLT passed an order dated February 22, 2019 rejecting the MA filed by the Appellant. The NCLT held that the Applicant’s status as financial creditor of the Corporate Debtor was not proved in the light of Section 5(8) of the IBC.

Aggrieved by the judgment of the NCLT, a company appeal was filed by the Appellant before the NCLAT. The NCLAT held that the pledge of shares in question does not amount to “disbursement of any amount against the consideration for the time value of money” and it does not fall within sub-clause (f) of sub-section (8) of Section 5 as suggested by the learned counsel for the Appellant. The NCLAT found no merit in the appeal and therefore, dismissed it. Aggrieved by the judgment of the NCLAT, the Appellant had approached the Supreme Court.

Arguments forwarded by the Appellant:

Arguments forwarded by the Respondent:

Further, in the IBC nowhere a pledge was mentioned. The Appellant cannot claim their pledge agreement as a guarantee as there was no Deed of Guarantee on the record. The IBC does not deal with recovery.

Ruling of the Court:

A contract of guarantee contains a guarantee “to perform the promise or discharge the liability of third person in case of his default”. The key words in Section 126 are contract “to perform the promise”, or “discharge the liability”, of a third person. Further, both the expressions “perform the promise” or “discharge the liability” relate to “a third person”. The said Pledge Agreement did not contain any contract that the promise which was made by the Borrower in the said Facility Agreement to discharge the liability of debt of INR 40 crores was undertaken by the Corporate Debtor. It was the Borrower who had promised to repay the loan of Rs. 40 crores in the said Facility Agreement and it was the Borrower who had undertaken to discharge the liability towards Lender. The Pledge Agreement did not contain any contract that the Corporate Debtor had contracted to perform the promise or discharge the liability of the third person. The Pledge Agreement was limited to pledge of 40,160 shares of GEL only. The Court had noticed that in the Facility Agreement there was a Security Creation by way of Schedule IV in which 100% equity shares of GEL were pledged by the Borrower and second pari-passu charge on all current assets of the GEL was also created as security for loan. It transpired that since some shares of GEL were also with the Corporate Debtor who was a subsidiary Company of the Borrower the same was also pledged with the Lender as additional security by a subsequent agreement. The Pledge Agreement and undertaking given, entered between Assignor and Corporate Debtor could not therefore, be termed as contract of guarantee within the meaning of Section 126.The expression “pledge” further, was separately dealt with in the Indian Contact Act, 1872. Section 172 defines ‘pledge’ in the following words: “Pledge”, “pawnor”, and “pawnee” defined. The bailment of goods as security for payment of a debt or performance of a promise is called “pledge”. The bailor is in this case called the “pawnor”. The bailee is called “pawnee”.The word ‘guarantee’ and ‘indemnity’ as occurring in Section 5(8)(i) have not been defined in the IBC. Section 3 sub-section (37) of the IBC provides that words and expressions used but not defined in the IBC but defined in the Act shall have the meanings respectively assigned to them.

The Court ultimately held that a person having only security interest over the assets of the Corporate Debtor, even if falling within the description of ‘secured creditor’ by virtue of collateral security extended by the Corporate Debtor, would not be covered by the financial creditors as per definitions contained in sub-section (7) and (8) of Section 5. The Corporate Debtor has only extended a security by pledging 40,160 shares of GEL. The Appellant at best will be secured debtor qua above security but shall not be a financial creditor within the meaning of Section 5 sub-sections (7) and (8). The Court accordingly dismissed the Appeal.

Thus, from the decision of the Court in the present case, it is clear that a Pledge and Guarantee stand on two distinct footings and that a Pledge Agreement does not constitute a Contract of Guarantee within the meaning of Section 126 under the provisions of Act.

Disclaimer: This news and all the material it contains, is for information purposes only. Nothing contained herein is, purports to be, or is intended as legal advice. The Firm makes no representations or warranties, express or implied, of any manner whatsoever in connection with this alert. No recipient of this news should construe receipt, or this news, as an attempt to solicit business in any manner whatsoever. 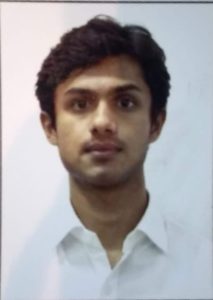