In the first phase the Ministry of Corporate Affairs have set up eleven Benches, one Principal Bench at New Delhi and one each Regional Benches at Ahmedabad, Allahabad, Bengaluru, Chandigarh, Chennai, Guwahati, Hyderabad, Kolkata and Mumbai. These Benches will be headed by the President and 16 Judicial Members and 09 Technical Members at different locations. https://nclt.gov.in/content/national-company-law-tribunal-benches

The Court remains open on all working days from 9.30 A.M. to 6.00 P.M except on Saturdays, Sundays and other national holidays.

The NCLT before which the application under IBC is to be filed depends upon the location of the registered office of the corporate debtor against which the insolvency application has to be filed. Therefore, the application to initiate the insolvency resolution process shall be filed in the territorial jurisdiction of that NCLT within whose jurisdiction the registered office of the corporate debtor is situated.

Any appeal against the order of all the NCLT benches shall be filed at NCLAT situated at New Delhi.

Every NCLT is constituted of a Principal Bench and other benches.

The new Companies Act, 2013 has enabled questioning the legitimacy of companies because of specific procedural errors during incorporation and registration.

NCLT has been empowered in taking several steps, from cancelling the registration of a company to dissolving any company.

The Tribunal could even render the liability or charge of members to unlimited.

With this approach, NCLT can de-register any company in specific situations when the registration certificate has been obtained by wrongful manner or illegal means under section 7(7) of the Companies Act, 2013.

NCLT is also empowered to hear grievances of rejection of companies in transferring shares and securities and under section 58- 59 of the Act which were at the outset were under the purview of the Company Law Board.

Going back to Companies Act, 1956 the solution available for rejection of transmission or transfer were limited only to the shares and debentures of a company but as of now the prospect has been raised under the Companies Act, 2013 and the now covers all the securities which are issued by any company.

The Chapter V of the Act deals with deposits and was notified several times in 2014 and the Company Law Board was the prime authority for taking up the cases under said chapter.

Now, such powers under the chapter V of the Act have been vested with NCLT. The provisions with respect to the deposits under the Companies Act, 2013 were notified prior to the inception of the NCLT.

Unhappy depositors now have a remedy of class action suits for seeking remedy for the omissions and acts on part of the company that impacts their rights as depositors.

As per the provision of the Companies Act, 2013 investigation about the affairs of the company could be ordered with the help of an application of 100 members whereas previously the application of 200 members was needed for the same.

An investigation which is ordered by the NCLT could be conducted within India or anywhere in the world. The provisions are drafted for offering and seeking help from the courts and investigation agencies and of foreign countries.

Freezing assets of a company

The NCLT isn’t just empowered to freeze the assets of a company for using them at a later stage when such a company comes under investigation or scrutiny, such investigation could also be ordered on the request of others in specific conditions.

Sections 13-18 of the Companies Act, 2013 read with rules controlling the conversion of a Public limited company into the Private limited company, such conversion needs an erstwhile confirmation from the NCLT.

NCLT has the power under section 459 of the Act, for imposing specific conditions or restrictions and might subject granting approvals to such conditions.

Apart from the above mentioned functions, NCLT also deals majorly with Insolvency disputes and enjoys a wide range of powers

Libertatem.in is now on Telegram. Follow us for regular legal updates and judgements from the court. Follow us on Google News, Instagram, LinkedIn, Facebook & Twitter. You can also subscribe for our Weekly Email Updates. Libertatem Group does not take any responsibility for the accuracy of this Event Notification. The post has been shared as we received it from the event organizers/host. 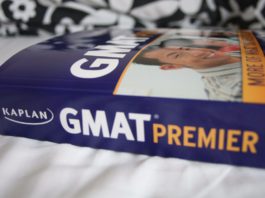 Procedure to Register a Society in India 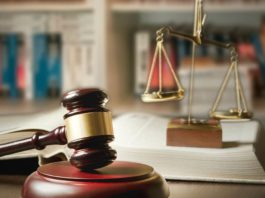 Procedure to File a Complaint Against a Lawyer