The concept of Resale Price Maintenance (“RPM”) is defined in the Competition Act, 2002 (“the Act”). RPM is a contractual arrangement between a manufacturer and distributor or wholesaler or any other party in the supply chain whereby the manufacturer imposes a resale price at which the distributor is required to sell the product. This helps the manufacturer maintain a uniform price across end-customers. The concept itself is not illegal but is considered a violation of the Act under circumstances detailed out below.

Resale Price Maintenance is defined under Section 3(4)(e) of the Act as “any agreement to sell goods on condition that the prices to be charged on the resale by the purchaser shall be the prices stipulated by the seller unless it is clearly stated that prices lower than those prices may be charged”.

(i) Resale of the Product.

Restrain on RPM is covered as a part of restrain on “Vertical Agreements” under the Act.

The term “Agreement”[1] has been defined under the Act to include any arrangement, understanding, or action in concert, whether or not it is formal, in writing, or intended to be enforceable by legal proceedings.

An agreement is considered to be vertical if it is amongst enterprises functioning at different stages or levels of a production chain in different markets in respect of the production, supply, distribution, storage, sale or price of, or trade-in goods or the provision of services.[2]

In accordance with the Act, the following kind of Vertical Agreements may be considered as anti-competitive if the same results in an Appreciable Adverse Effect on Competition (“AAEC”):

For the RPM Agreement to be anti-competitive, an AAEC is required to be established. There is always a presumption that Vertical Agreements would not cause AAEC unless proven otherwise.

Vertical Agreements shall not be considered as anti-competitive[3]:

(1) agreements that restrain any infringement of, or to impose reasonable conditions, as may be necessary for protecting its intellectual property rights granted under:

(d) the Geographical Indications of Goods (Registration and Protection) Act, 1999;

(2) the agreement relates exclusively to the production, supply, distribution, or control of goods or provision of services for the export of goods.

Determination of AAEC and Rule of Reason

Vertical Restraints in India are assessed by the CCI under the ‘rule of reason’ framework, i.e., vertical restraints are prohibited only if they cause, or are likely to cause, an AAEC in India. AAEC is determined by the factors mentioned below:

In addition to the above factors, the position of “Dominance” plays an important role in the determination of AAEC. The dominance of a party is determined by the ability of the enterprise/group :-

(i) to ‘operate independently of competitive forces’ prevailing in the relevant market; or

A party in a Dominant Position is more likely to cause AAEC. Dominance is always determined in relation to the “relevant (product and geographical) market”.

CCI has dealt with RPM in a few cases:

(1) The following shall not constitute a violation of the Act[4]:

(a) The suggestion of prices to the distributors; and

(b) monitoring prices in the downstream market

(2) Adverse effect on the competition cannot be considered where:

(a) a large number of competitors exist in the identified product market; and

(b) the original seller does not operate from a position of strength.[5]

(3) A discount control mechanism, which restricts the provision of discounts and enforced uniformly across the board and not merely on a single player would be considered as in contravention of the Act.[6]

(5) In Hyundai Case[8], CCI had imposed a hefty fine on Hyundai for amongst other things, imposing RPM on its dealers. Hyundai had engaged mystery shopping agencies to monitor extra discounts offered by dealers to their customers and accordingly imposed a penalty on such dealers. CCI held that such an arrangement has:

(b) not resulted in any improvements in production or distribution of goods or provision of services.

(c) resulted in the creation of barriers to the new entrants in the market and destroyed the competition in the intra-brand competition of the Hyundai brand of cars.

Based on the above, CCI held that Hyundai had contravened the provisions of Section 3(4)(e), read with Section 3(1) of the Act. However, the decision was reversed by NCLAT on the ground that a relevant ‘geographic market’ or a ‘relevant product market’ were not determined by CCI.

(6) A ‘resale’ is fundamental to an RPM arrangement in the case where there is no resale of services by drivers of Uber and Ola. The drivers were agents of Uber and Ola, with the companies offering composite services – characterised by a single transaction between the rider on the one hand and Ola or Uber on the other. It was also noted stated that the pricing charged is much lower than the price charged by independent taxi drivers which shows that there was no fixed floor price.[9]

(i) RPM per se is not in violation of the law, but parties are required to put the same into practice with abundant caution.

(ii) A suggestion of a resale price to a distributor is permitted.

(iii) Discount control mechanism, i.e., variation in a discount to influence the resale price would also amount to RPM.

(iv) RPM can be imposed in order to protect and enjoy the intellectual property rights granted under the law.

(v) Parties in the dominant position should not impose RPM as it would become difficult to prove that the same has not caused AAEC.

(vi) A sole player in the Relevant Market should not impose RPM. An alternative choice available with customers plays an important role in the determination of AAEC.

(vii) Anti-competitive and pro-competitive factors (as mentioned above) are required to be weighted to determine the anti-competitiveness of agreement and AAEC. Improvement in production and distribution, denial of benefits (i.e. same product at a lower cost) to the consumer are few important ones amongst them.

This Article is written by Medha Chhabra. Medha Chhabra is a Senior Manager-Legal at Godrej & Boyce Mfg. Co. Ltd. and has more than 9 years of industry wide legal experience. Apart from drafting, reviewing and negotiating commercial contracts, her area of expertise is competition law. She is a graduate (B.B.A.LL.B) of Symbiosis Law School, Pune. 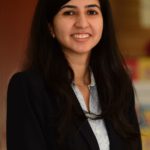 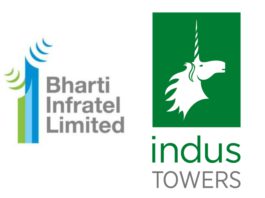 Why India Walked Out of Regional Comprehensive Economic Partnership in 2020 Should India Look At Investing In CCL Products In the Long...