Author Pranjali Mehta briefs the reader on the philosophy behind the sense of justice.

What is the definition of justice? What is the source of it? Most of us have a strong sense of justice. It is made up of ideas and feelings about what is right and what is wrong, as well as what people deserve and owe to others (rights and duties). Knowing the law and what is legal or illegal is not required to have a sense of justice. A person’s moral code and the idea that specific acts are wrong because they harm either an individual or society as a whole is what a sense of justice is all about. Justice and law are not always synonymous. All nations and societies have different laws, and the punishment for one crime may be dead in one country but a short prison sentence in another. But what is the point of justice? Simply put, the foundation of a civilised society is justice. Without just laws, societies become harsh and intolerant, which often leads to conflict.

The rule of law and the ideal of justice are held up as being unaffected by social status, wealth, or anything else. The word justice is derived from the Latin word ‘jus’, which means right or law. It defines a “just” person as someone who “does what is morally right” and “gives everyone his or her due,” with the word “fair” as a synonym. Justice is a theory that governs how fairness is applied. Fairness in the protection of rights and the repression of wrongdoing. While all legal systems strive to uphold this idea by administering the law of the land fairly and properly, it is possible to have unjust laws. One of the most important moral and political concepts is justice.

“A sense of fairness has evolved in the human species as a standard against which to measure the behaviour of other people, to guard against cheating in reciprocal relationships,” according to Trivers. “Such cheating is expected to elicit strong emotional reactions,” according to Trivers, “because unfair arrangements, repeated frequently, may exact a very high cost in inclusive fitness. “According to de Waal and Brosnan, “the squaring of accounts in the negative domain may represent a precursor to human justice, since justice can be viewed as a transformation of the urge for revenge, euphemized as retribution, to control and regulate behaviour.” On the plus side, “the memory of a received service, such as grooming, induces a positive attitude toward the same individual,” according to Trivers.

When we attribute a sense of justice to people, we imply that they have standards of fairness that they apply to themselves as well as to others, according to Trivers and de Waal. If the purpose of negative reactions to unfair behaviour by others is to encourage people to maintain cooperative systems by punishing cheaters, we might also expect people to feel bad about themselves when they cheat and punish themselves. People often feel bad when they defraud others, but it’s unclear whether these negative reactions are caused by the same mechanisms that cause them to react negatively to others’ transgressions.

A shared moral code is a necessary condition for justice to prevail, contributing to the establishment of a just community. Moral convictions are “invisible bonds” that act as “social cement” to bind people together in a stable society. Fundamental unifying morality is a type of “seamless web”; laws must be moral for justice to prevail. There are two types of morality in philosophy: conventional morality and critical morality. While conventional morality reflects the majority of the population’s moral views, critical morality refers to what is right, regardless of what the majority of society believes. When discussing the relationship between law and morality, jurisprudential theories such as natural-law theory and legal positivism are primarily concerned with critical morality, which denotes rational standards that are independent of the majority’s point of view in society.

As a result, we need justice because people want to know that their society will treat everyone fairly and rationally. Without it, society disintegrates, and we devolve into small pockets of relatives who distrust each other. Justice is required for a functioning society, particularly one that is complex, densely populated, and technologically advanced. 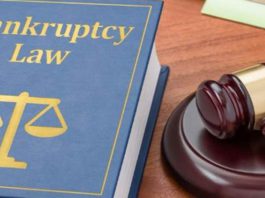