The Hon’ble Justice Rajiv Sahai of Hon’ble Delhi High Court in the judgment dated March 3, 2020, in the matter of Bina Modi and others v. Lalit Modi “rejected suit granting the anti-arbitration injunction and reaffirmed the doctrine of Kompetenz-Kompetenz.” The Doctrine has taken a wide range of popularity in the area of Arbitration, the doctrine confirms power to the Arbitral Tribunal to determine its jurisdiction, by setting the boundaries in regard to the interference of the Courts in the Arbitration process.

The relevant portion of Clause 36 of the Trust deed is read as follows:

“In case the dispute or the breach continues for a period more than 90 days, then all such dispute shall be settled under the rules of Arbitration of the international Chambers of Commerce (ICC) by one or more arbitrators appointed in accordance with the said Rules. The Arbitration will be governed in accordance with the laws of India and ICC will follow Indian Law as substantive Law for deciding any dispute arising between the parties under/pursuant to this Deed.”

After the demise of K K Modi, the dispute arose between the Trustees regarding the management of the Trust properties. Mr. Lalit Modi (Defendant) one of the trustees has addressed the letter to other trustees conveying the meeting in regard to the discussion of trust properties. During the time of the meeting, there was a disagreement regarding the interpretation of the clauses of Trust Deed. In light of the same, one of the trustees, Mr. Lalit Modi invoked Clause 36 of the deed by filing an application before International Chambers of Commerce (ICC), Singapore. Meanwhile, in respect of the arbitration proceedings initiated in Singapore, the other trustees, filed an anti-arbitration injunction suit, seeking restraining orders against the proceedings stating that the arbitration proceeding is against the Public policy of India.

The Hon’ble Court considered the following Question of Law:

The contention of the Parties

The learned counsels appearing on behalf of Bina Modi, Samir Modi, and Charu Modi (Plaintiff) contended that Clause 36 of the Trust Deed is unenforceable and contrary to the public policy of India. Senior Counsel, Mukul Rohatgi drew the attention of the Court to the following facts:

Further counsel relied upon Vimal Kishor Shah Vs. Jayesh Dinesh Shah, Vidya Drolia & Ors. Vs. Durga Trading Corporation, Mcdonald’s India Pvt. Ltd. Vs. Vikram Bakshi,  Union of India Vs. Vodafone Group PLC United Kingdom, that made it clear that there is no bar for granting an injunction from restraining the defendant to proceed with arbitration proceedings.

On the contrary, the learned senior counsel for Lalit Modi contended that Section 8 of the Arbitration Act applies only to domestic arbitration and not international arbitration. This being International arbitration, the principles drawn in the judgment referred by opposite learned counsel don’t apply in the present case. He further relied upon Bharti Tele-Ventures Ltd. Vs. DSS Enterprises Pvt. Ltd, Roshan Lal Gupta Vs. Parasram Holdings Pvt. Ltd, Spentex Industries Ltd. Vs. Dunavant SA, Shree Krishna Vanaspati Industries (P) Ltd. Vs. Virgoz Oils & Fats Pte Ltd., M. Sons Enterprises Pvt. Ltd. Vs. Suresh Jagasia and Ashok Kalra Vs. Akash Paper Board Pvt. Ltd., and contended that the suit for declaration of invalidity of arbitration proceedings and for a permanent injunction to restrain arbitration is not maintainable in the eyes of law.

The Hon’ble High Court further illuminated the doctrine of ”Kompetenz-Kompetenz” wherein, Court made it clear that the principles governing anti injunction suits are not applicable to anti-arbitration injunction suits. Further, Court contended that Section 41(h) of Specific Relief Act,1963 bars court from granting an injunction in cases where an alternate efficacious remedy is available and in the present case Section 16 of Arbitration Act, 1996 provides the efficacious remedy.

In light of the above, the Hon’ble Delhi High Court rejected the suit granting anti-arbitration injunction and directed the parties to resolve the dispute before the Arbitral Tribunal, inclusive of the non-arbitrability disputes arising out of trust deed.

The appeal filed by Plaintiff is pending before the division bench of Delhi High Court, however, the bench granted the stay order in favor of Plaintiff on 5th March 2020. Challenging the stay order, Defendant has filed a Special Leave Petition before Hon’ble Supreme Court of India, and the same was dismissed. 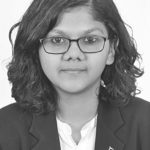 This article is written by Priyanka Ajjannavar, Associate at King Stubb & Kasiva

Will Social Media Platforms Be Banned?