In the matter of Shree Ganesh Rolling Mills (India) Limited v Jindal Rolling Mill Limited, CS(COMM) 360 of 2016 (Suit), the Learned Single Judge of the Delhi High Court (Court) passed an interim injunction order dated 10 June 2020 (Decision) in a trademark passing off suit relying on the settled principle of ‘one mark, one source and one proprietor’ and giving pre-eminence to the interest of the consumers who may be misled.

In the year 1996, Shree Ganesh Rolling Mills (India) Limited (Plaintiff), claiming to be the prior adopter and registered proprietor of the trademark ‘JINDAL’ (said Trade Mark) in respect of goods falling in class 6 (Goods) instituted a suit bearing reference number CS(OS) 979/2006 (Earlier Suit) before the Court for infringement and passing off against Jindal Rolling Mill Limited (Defendant) who was using the marks ‘Y. R. JINDAL’ and ‘JINDAL CO’ in respect of identical/similar goods.

Around that time, the Defendant had initiated a rectification application against the Plaintiff’s registration of the said Trade Mark which came to be dismissed by the Intellectual Property Appellate Board (IPAB) in 2004. Thus, the Plaintiff’s right in the said Trade Mark remained indisputable. The Earlier Suit was abandoned in 2002, as the Plaintiff believed that the Defendant had stopped use of the marks ‘Y. R. JINDAL’ and ‘JINDAL CO’.

Resultantly, in 2016, the Plaintiff instituted the Suit before the Court for passing off against the Defendant seeking a permanent injunction from the use of the said Trade Mark in respect of the Goods and also filed rectifications against the Defendant’s registrations for the said Trade Mark and other marks consisting of the same. The Defendant filed an application under Section 10 of the Code of Civil Procedure 1908 for the stay of the Suit on account of the pendency of the prior Hyderabad Suit. In the Decision, the Court considered the Plaintiff’s application for interim injunction and the Defendant’s application for stay of proceedings in the Suit.

The Court, after going through the rival submissions and the voluminous documents produced by the parties, deemed it apposite to not burden the Decision with all the documents and Judgments relied upon by the parties, at the interim stage especially in view of the fact that the Suit cannot proceed to trial in view of the pendency of the prior Hyderabad Suit.

On merits of the matter, the Court observed that it was difficult to make a prima facie view on the respective claims of either party. The Court observed that ordinarily when a prima facie case is not found in favour of the Plaintiff, no interim relief is to be granted. However, in the present matter, both the parties were using identical marks for identical goods, and therefore, the rival goods were indistinguishable from each other. Relying on the fundamentals of trademark laws. The Court observed that the purpose of the law regarding infringement and passing off is not only to protect the rights of the proprietors of the marks but also to protect the consumers from being misled and confused.

Thus, relying on the settled principle of ‘one mark, one source and one proprietor’, and for protection of interest of the consumers, the Court injuncted the Defendant from using the said Trade Mark ‘JINDAL’ per se. To strike a balance, the Court allowed the Defendant to use the mark ‘Y. R. JINDAL’. The proceedings in the Suit thereafter stayed until the disposal of the Hyderabad Suit.

In a complex factual matrix like the present case, at times it becomes difficult for the Court to make a prima facie view one way or the other. The Court has taken a remarkable step by injuncting a party by giving prominence solely to the public interest. The Decision deviates from the commonly used principle of granting interim injunction only when the Plaintiff is able to show a prima facie case in its favour along with a balance of convenience and grave and irreparable loss.

The views of the author(s) in this article are personal and do not constitute legal/professional advice of Khaitan & Co. For any further queries or follow up please contact us at [email protected]. 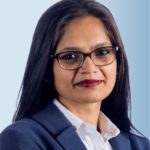 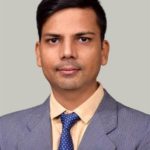