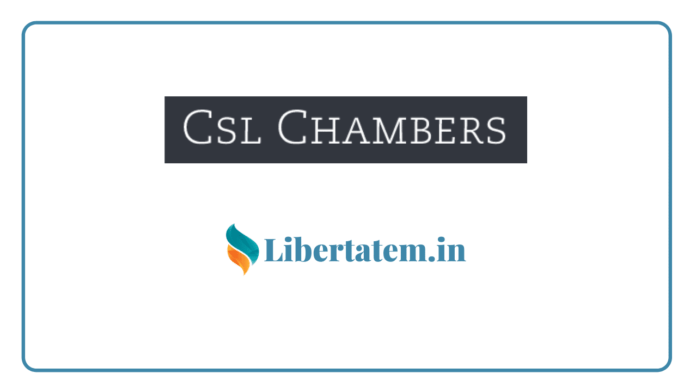 In these unprecedented times, where the world is grappling with the catastrophic COVID-19 pandemic, businesses across the globe are witnessing their worst losses. Some are even looking at bankruptcies.

The magnitude of uncertainty surrounding supply chains owing to the COVID-19 has shifted the focus back on the historical expression known as force majeure. Parties who seek to save themselves from consequences over which they have no control will need to revisit the force majeure clauses in their contracts or shield themselves under the statutory bulwark, if at all.

As per the Black’s Law Dictionary, force majeure is an event or effect that can be neither anticipated nor controlled. The term includes both acts of nature (for instance, floods and hurricanes) and acts of people (for instance, riots, strikes, and wars).

The Supreme Court of India has observed that the expression force majeure is not a mere French version of the Latin expression ’Vis major’. It is a term of wider import. It is acknowledged that strikes, breakdown of machinery, which, though normally not included in vis major are included in force majeure.

Force Majeure- The contract or the statute?

In India, the concept of force majeure finds its genesis under the Indian Contract Act, 1872 (‘Act’). When it is relatable to an express or implied Clause in a contract, it is governed by Chapter III dealing with contingent contracts, and more particularly, Section 32 thereof. A force majeure event which occurs dehors the contract, it is dealt with by a rule of positive law under Section 56 of the Act. Section 56 of the Act deals with the agreement to do an impossible act or to do acts which, afterward become impossible or unlawful.

Before considering the realm of operation of force majeure, it is important to highlight two fundamental principles that should be kept in mind while dealing with principles of contract. First is the Latin maxim Pacta Sunt Servanda. This speaks of the purpose of the contract per the terms of the contract. The other principle is Rebus Sic Stantibus. This speaks of discharge of contractual obligations owing to events which had occurred, destroying the basic assumption which the parties had made at the time of entering into the contract.

The above principles significantly aid in understanding the applicability of force majeure. The Supreme Court has interpreted Section 56 of the Act and observed that the word “impossible” has not been used in Section 56 in the sense of physical or literal impossibility. The performance of an act may not be impossible, but it may be impracticable and useless from the point of view of the object and purpose of the parties. Thus, if an untoward event or change of circumstance upsets the very foundation upon which the parties rested their bargain, it can be argued that the promisor finds it impossible to do the act which he promised to do.

There may however be an inverse situation. This is so, where parties do contemplate the possibility of intervening circumstances which might affect the performance of the contract but expressly stipulate that the contract would stand despite such circumstances. In such a scenario, there can be no case of frustration because the basis of the contract is to demand performance despite the happening of a particular event, which cannot disappear when that event happens.

Impossibility and frustration are used as interchangeable expressions. The principle of frustration is an aspect of the discharge of a contract. Under the statute, the doctrine which Courts adopt in India is that of intervening impossibility or illegality as laid down under Section 56 of the Act. Per-contra, if the contract contains implied or expressly a term according to which it would stand discharged on the happening of certain contingencies, the dissolution of the contract would take place under the terms of the contract itself and such cases would be outside the purview of Section 56 of the Act. These would be dealt with under Section 32 of the Act.

Broadly, the event of force majeure must pass the following tests:-

COVID-19- Is the frustration self-induced?

Examining the doctrine of frustration, the Supreme Court observed that Section 56 of the Act, lays down a rule of positive law and does not leave the matter to be determined according to the intention of the parties.

When the event which is alleged to have frustrated the contract arises from the act or election of a party, there would be no protection under the doctrine of frustration. Premised on the observations of the Supreme Court, it can be averred that commercial exigencies cannot lead to frustration.

Illustratively, the above situation could arise in a contract of sale of goods, where the parties agree to sell and purchase a commodity (steel, which is an exempted commodity) on the specific terms and conditions therein. Subsequently, owing to the Government imposed lockdown induced by COVID-19, the buyer seeks to wriggle out of the contract inter-alia citing commercial reasons. However, the contract envisaged the transfer of title and risk of the commodity upon shipment. In this circumstance, the buyer’s plea for the discharge of the contract may not sustain since the act of election by the buyer may not meet the tests highlighted above in addition to amounting to self-induced frustration.

COVID-19 through the Judicial Lens

As highlighted above, the spread of the COVID-19 pandemic and lockdown imposed by several nations have made the performance of contracts challenging and/or impossible. India was until recently, under a complete lockdown since 25th March 2020. All commercial activities saving a few ‘essential services’ were suspended. Resultantly, Indian courts have started witnessing the onslaught of contractual disputes inter-alia revolving around the doctrine of frustration. The initial approach of the Indian Courts has varied from case to case as can be seen from the recent Orders of the Bombay High Court and the Delhi High Court.

In this case, the Bombay High Court recognized the market situation pursuant to the COVID-19 and observed that the share market had collapsed due to COVID-19, therefore, it was a fit case to restrain the bank from acting upon the sale notices and a direction to withdraw any pending sale orders for the pledged shares.

In a departure from its 3 April 2020 Order, the Bombay High Court refused to grant interim measures to the Petitioner observing that the commodity in question was an essential item and lockdown is only for a limited period. Consequently, the Petitioner cannot resile from its contractual obligation of making payments to the Respondents.

The Petitioner sought interdiction of the Bank Guarantee inter-alia on account of the lockdown in the country due to the spread of COVID-19 pandemic, which could drive the Petitioner towards being declared an NPA.

Deeper scrutiny of the approach adopted by Courts on the issue of force majeure suggests that there are no straight jacket principles concerning the applicability of the concept of force majeure to save a party from the performance of contracts.

The approach of the Courts has been to examine the issue based on the facts of each case and relief has been granted to parties accordingly. Therefore, parties should steer away from attempting to demonstrate frustration in a case where performance is otherwise possible. Further, what attains significance is the proximity of the event with the non-performance which is not attributable or foreseeable by the parties and thus, falls within the three tests highlighted above.

The COVID-19 situation could be viewed as temporary, making it difficult for parties to put an end to contracts solely due to frustration or impossibility of performance.