Cairn Arbitration Award Why are assets of India’s Public Sector Enterprises being targeted?

The Permanent Court of Arbitration (PCA) on 21.12.2020 passed an award of US$ 1.4 billion in favour of Cairn by holding that India had failed to accord Cairn fair and equitable treatment under the UK – India Bilateral Investment Treaty. With India deciding to challenge the award, Cairn has initiated enforcement proceedings in multiple countries which could result in seizure of Indian assets located in those countries. Further, as India’s sovereign assets are protected from enforcement under the Vienna Convention, Cairn will attempt to enforce the award by seeking seizure of India’s non-sovereign commercial assets such as third party payments due to India (garnishee orders) and Indian ships and aircrafts. Per contra, India will seek to resist enforcement on the grounds of sovereign immunity. This article seeks to examine the commercial activity exception to the defence of sovereign immunity.

The United Kingdom State Immunity Act, 1978 categorically provides that a State is not immune to enforcement proceedings relating to commercial transactions entered into by the State. Similarly, in the United States, under the Foreign Sovereign Immunities Act, a foreign state shall not be immune from jurisdiction of courts of the United States, for actions based on commercial activities or when action is brought to confirm an award made pursuant to an agreement to arbitrate. Likewise, Singapore has adopted the restrictive approach to state immunity. The Singapore State Immunity Act, 1979 has defined commercial transaction to mean “any other transaction or activity (whether of a commercial, industrial, financial, professional or other similar character) into which a State enters or in which it engages otherwise than in the exercise of sovereign authority”. The Act in Section 15 further provides that property of a State shall not be immune from any process for enforcement of an arbitration award if such property was used or intended to be used for commercial purpose. Even under the Canadian State Immunity Act, 1985, a foreign state’s property does not have immunity in any proceedings that relate to commercial activities.

Under the common law, the courts in England have adopted a more restrictive interpretation of sovereign immunity and have excluded commercial dealings from the ambit of sovereign immunity. In Svenska Petroleum v. Government of Lithuania, the Hon’ble High Court interpreted Section 9 of the State Immunity Act, 1978, which expressly states that “Where a State has agreed in writing to submit a dispute which has arisen, or may arise, to arbitration, the State is not immune as respects proceedings in the courts of the United Kingdom which relate to the arbitration”. The Hon’ble Court categorically held that there is nothing in the above section which excludes enforcement proceedings and that the said section was to apply to proceedings for the recognition and enforcement of arbitral awards. This assumes particular importance as it can be argued that India has agreed to submit disputes to arbitration by signing the UK – India Bilateral Investment Treaty, which in Article 9 provides for settlement of disputes by arbitration. When the said case came before the Hon’ble Court of Appeal, the Hon’ble Court held that “if a state has agreed to submit to arbitration, it has rendered itself amenable to such process as may be necessary to render the arbitration effective”, meaning that a state is not immune from enforcement proceedings. Consequently, if a state agrees in writing to submit disputes to arbitration, it may not be entitled to defence of sovereign immunity at the time of enforcement of award in English courts.

Further, English Courts support international arbitration by making it straightforward to have awards enforced. With regard to seizure of third party debts, in the case of Orascom Telecom Holding SAE v. Republic of Chad & Ors., the Hon’ble Court allowed a garnishee order against Chad’s bank accounts in England, by holding that such bank accounts were used for commercial purpose so as to receive the proceeds of a contract for supply of goods or services. Further, the Hon’ble Supreme Court of United Kingdom has held that in determining whether a state’s property will be subject to enforcement on the ground that it is used for commercial purposes, the source from which the property arose is irrelevant. Therefore, even if the property arose out of sovereign transactions but is currently used for commercial purposes then such property is not immune from any proceedings.

The law relating to sovereign immunities was interpreted by the United States Supreme Court in First National City Bank v. Banco Para El Comercio Exterior De Cuba (Bancec). In this case, the Hon’ble Court laid down the circumstances in which the separate legal status of a state entity may be ignored and such state entity’s assets may be used to satisfy awards against the state. These include “where a corporate entity is so extensively controlled by its owner that a relationship of principal and agent is created; doctrine of corporate entity, will not be regarded, recognized generally and for most purposes, when to do so would work fraud or injustice; the Court has consistently refused to give effect to the corporate form when it is interposed to defeat legislative policies”. The United States Supreme Court has also held that when a foreign state acts, not as a regulator of a market, but as a private player within it, then such acts are commercial acts. In the same case, it was also held that “the issue is whether the particular actions that the foreign state performs (whatever the motive behind them) are the type of actions by which a private party engages in trade and traffic or commerce”. Given that India through its public sector enterprises participates in the market and such public sector enterprises perform acts which can be performed by private players, it is likely that the Hon’ble Courts may conclude that assets of such enterprises are not entitled to sovereign immunity.

The United States Court of Appeals for the Third Circuit in Crystallex International Corporation v. Bolivarian Republic of Venezuela held that “under the Foreign Sovereign Immunities Act there is a strong presumption that a foreign sovereign and its instrumentalities are separate legal entities”. However, if extensive control is exercised by the sovereign over the instrumentality, then the instrumentality’s separate status may be ignored. It is important to understand that if a state instrumentality (like a Public Sector Enterprise) has a separate status, then its assets may not be used to satisfy an award against the state. This is particularly relevant as Cairn is seeking to enforce its award against assets owned by Indian public sector bodies like Air India. Consequently, the outcome of Cairn’s actions will depend on whether in the Court’s opinion, India exercises extensive control over Air India. In the Crystallex case, it has further been held that to make a state instrumentality’s asset liable for enforcement proceedings, it is not necessary to show that the state instrumentality did something to cause injury to the award holder.

At the same time it is pertinent to note that the United States Court of Appeals, Eleventh Circuit in a case held that mere 100% ownership of an entity by the state is not sufficient to overcome the presumption of separate legal entity and thereby safeguarding the separate entity’s assets from attachment. It was further held that if an entity does not have any connection with the transaction giving rise to state’s liability, then it would be unfair to subject such entity’s assets to attachment. Similarly, The United States District Court for District of Columbia has held that “the concept of “commercial activity” should be defined narrowly because sovereign immunity remains the rule rather than the exception and because courts should be cautious when addressing areas that affect the affairs of foreign government.” Based on the said reasoning, the Hon’ble Court did not allow execution proceedings against bank accounts of the Liberian Embassy.

Even in Sweden the courts have adopted the restrictive approach to sovereign immunity. As per the Swedish Supreme Court, property that was not to a substantial part used for official purposes of the state is not to be granted immunity or protection from enforcement. Canada also applies the restrictive theory of state immunity but in order to decide whether the commercial activity exception applies, courts in Canada look at both the nature of the act and also its purpose. In other words, Courts in Canada examine not only whether the act is of a nature (type) that can be performed by a private entity but also whether the purpose (motive) behind the act was commercial in nature.

From the above analysis, it is evident that courts around the world have adopted the restrictive approach to sovereign immunity and allow enforcement proceedings against a state and its entities as long as the assets are being used for a state’s commercial activities rather than its sovereign activities. However, whether or not Cairn will be successful in enforcing its award against Indian assets located in different countries will primarily depend on how the courts in those countries answer the following questions: (i) Whether India exercises such extensive control over its public enterprises that such enterprises cannot avail of the protection of their separate legal status?; (ii) Whether such enterprises were carrying out commercial functions or sovereign functions? and (iii) Whether the assets against which Cairn is seeking enforcement were being used for commercial or sovereign purposes?

This article is authored by Vaibhav Prabhakar, Advocate at Patnaik and Associates, New Delhi. 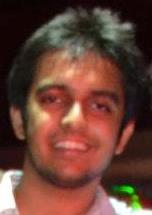 Cairn Arbitration Award Why are assets of India’s Public Sector Enterprises being targeted?