The Reason Behind the Ban

The Madurai bench of the Madras High Court heard public interest litigation concerning the ban of certain online games. The Court had made specific mention of the loss of human lives owing to online gambling and had also stated that it was considering banning online games. This remark was passed specifically owing to multiple cases of suicide that were reported on account of indulgence in online gaming and suffering heavy financial losses.

The Amendment to the Tamil Nadu Gaming Act, 1930 Broken Down

In banning wagering or betting in cyberspace, the amendment appears to completely do away with the need to scrutinize whether an alleged ‘game’ is a ‘game of skill’ or otherwise. This test has been applied by Courts throughout the country time and again. Instead, the Ordinance puts in place a ban on wagering or betting in cyberspace including by playing rummy, poker, or any other game.

Thoughts on the Ban

While the intention behind the ban appears well-founded, that is, to safeguard the interests of citizens against the evils of online gambling, the measures taken appear to lack the sound application of mind. The Ordinance leaves several questions unanswered, for example, manifesting as the clear lack of a definition of ‘wagering’ and ‘betting’.

In the absence of clear definitions and on account of clearly imposing a ban on rummy, poker, and ‘any other game’, the Ordinance seems extremely ambiguous. From a reading of the bare text, the position of the judiciary on ‘games of skill’ also seems categorically cast aside. Several other games played online may now also be brought under the purview of this amendment/Ordinance contrary to the intention of the Ordinance.

This Article is written by Karthik Jayakumar. Karthik Jayakumar is the founding partner of K Legal, a law firm currently based in Chennai. He graduated from the School of Excellence in Law, Chennai. His practise areas include M&A, private equity, venture capital, start-up and general corporate advisory. 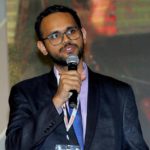